Sourcebooks’ Mary Altman acquired world rights (excluding audio) to a new romantic thriller series by Juno Rushdan. The three-book deal was negotiated by Sara Megibow of KT Literary. According to Megibow, the series centers on Maddox Kinkade, a “fixer for a clandestine government agency, known as the Gray Box, tasked with preventing the sale of a deadly bioweapon.” Kinkade’s partner in the mission turns out to be a former lover who she’d assumed was dead—“by her own hand.” Sourcebooks plans to publish the first title in the series, A Long Way to Fall, in summer 2018; both sequels will follow later in 2018. 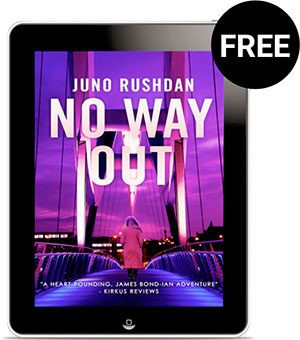 Get your free book!

Subscribe to Juno's newsletter to get this edge-of-your-seat romantic thriller!

You have Successfully Subscribed!